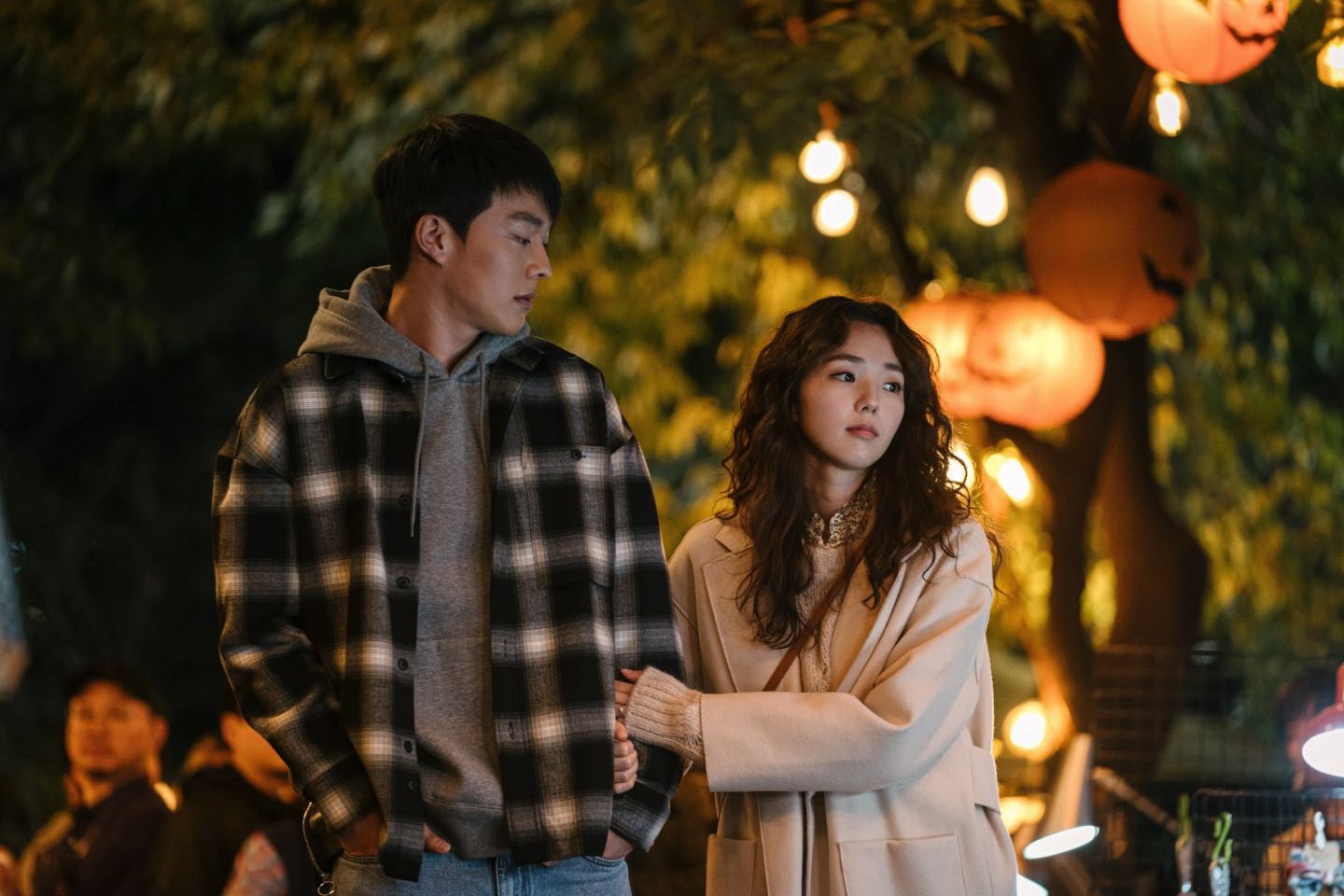 Like it or not, romance and economics are inseparable.

It’s not just that finding a partner can seem like a Sisphyean struggle against the vagaries of supply and demand. Even after individuals get together, economic context also influences their capacity to maintain relationships—if you’re too busy being a wage slave 24/7, then good luck getting busy with your partner.

Netflix’s latest original Korean romance Sweet & Sour acknowledges and explores this reality. Through the story of a nurse and her engineer boyfriend, this movie offers a refreshingly measured and conscientious take on the practical difficulties of maintaining a relationship in contemporary capitalist South Korean society. Sweet & Sour isn’t a lighthearted first date movie. However, it’ll likely resonate with many East Asian viewers, and provides an unexpectedly rich look at South Korea’s contemporary societal woes.

Sweet & Sour begins with a chubby young man lying in a hospital bed. His name is Lee Jang-hyeok, and he has jaundice. Being sick sucks, but there’s a silver lining. An attractive young nurse named Da-eun has been assigned to care for “Hyeok,” as she soon nicknames him. Seeing that Da-hae feels constantly tired and hungry, Hyeok lets her sneak naps on his bed and mooch off his food. The two start developing feelings for each other and, after Hyeok is discharged from the hospital, begin dating. After receiving a pair of shoes from Da-eun ahead of Christmas, Hyeok promises to lose weight and make her proud.

Suddenly, the film transitions to show Da-eun with a substantially slimmer and more handsome Hyeok. One day, Heyok gets an opportunity to become a contract worker at a prestigious construction engineering firm in Seoul. Because Da-hae and him live in Incheon, Hyeok will have to endure a grueling commute, and see Da-hae far less than he used to. If he does well at the firm though, Hyeok might become a full-time employee—and bring the couple more economic security.

Of course, that’s easier said than done. Hyeok must fend off challenges from another contract named Bo-yeong (played by Krystal Jung of K-pop girl group f(x)), and impress his full-time senior colleagues. Meanwhile, Da-eun’s nursing job—also a contract—isn’t getting any easier either. Amid many trials and tribulations, including a well-executed major plot twist, can their romance survive the vagaries of South Korea’s rat race?

If you’re looking for a movie that stokes romantic fantasies, or tugs your heartstrings with stirring melodrama, Sweet & Sour will not satisfy your needs. Instead, this is a movie that sparks contemplation; it paints a picture of romance that’ll feel realistic to many viewers, especially in South Korea and other Asian countries.

For example, the phenomenon of contract work—which befalls both of Sweet & Sour’s protagonists—is unfortunately common for young South Koreans (as well as youth in other countries). As the movie shows, contract workers have little job security, and suffer marginalization at the hands of their seniors. Hyeok experiences constant anxiety over earning full-time status; his full-time colleagues dump work on him and then exclude him from work lunches.

Young South Koreans must also contend with hierarchical corporate culture and exceptionally long hours, often in exchange for deflated wages. Both Hyeok and Da-eun have little autonomy beneath domineering bosses, who flippantly ask them to stay overtime or otherwise suddenly change their work schedules. This further reduces the couple’s face-to-face time, and eats away at their sense of intimacy.

This fits with how, as we’ve explained in many Cinema Escapist articles, many young South Koreans call their country “Hell Chosun” (i.e. “Hell Korea”). It’s a name that refers to the depressing combination of economic insecurity, inequality, and horrid working conditions that South Korean society has come to embody. In this frame, Sweet & Sour is less a pure romance movie, and more a movie that explores Hell Chosun’s effects on romance. Accordingly, the film borrows techniques from other works that examine South Korea’s socioeconomic ills.

As one example, Hyeok’s boss and senior colleagues constantly pepper their speech with English words, trying to sound more “sophisticated” but coming off as silly and hollow instead. This echoes the wealthy Park family in Parasite who, like many upper-class South Koreans in real life, deploy English vocabulary as a haughty instrument of class signaling.

In another moment, Hyeok’s fellow contractor Bo-yeong drunkenly calls their boss a chinilpa. This term refers to Koreans who collaborated with Japan during the colonial period. South Korea’s leftists often use the term to insult those on the political right—who are often associated with the country’s entrenched capitalistic elite. Given South Korea’s creative industries often lean left, the concept of chinilpa often surfaces during social critiques in popular media.

Time to Give Up

Amidst all these real-world problems, Sweet & Sour asks: is romance possible? Is it even worth it?  It’s a rather relevant question, because more and more South Korean youth are saying “no, it’s neither possible nor worth it.”

There’s a term that describes today’s South Korean youth as the sampo sedae. In English, this means “three giving up generation”—and refers to how, in the face of overwhelming socioeconomic malaise, many young South Koreans have given up the three phenomena of dating, marriage, and childbearing. Indeed, living alone is on the rise in South Korea, and fertility rates are at all-time lows.

In fact, Sweet & Sour even depicts Da-eun getting an abortion—a choice that links the couple’s woes to South Korea’s broader inability to make childbearing economically palatable. While such portrayals might upset some fragile American minds, abortions and other hardheaded realities of relationships make regular appearances in East Asian romance movies.

This isn’t particularly surprising if you have any connection to East Asian cultures. Just like their South Korean peers, youth in China, Japan, Taiwan, Singapore, and beyond are also realizing that falling in love and having kids are real pains in the ass (and wallet). Sweet & Sour—and other realistic movies like it—speak to these audiences in a way that stereotypical melodramas and rom-coms cannot. Given some of Netflix’s more recent K-movies have been rather brainless affairs, it’s a pleasant surprise to see Sweet & Sour taking a more thoughtful approach, especially in a genre often overrun by pitched appeals to emotions and fandoms. 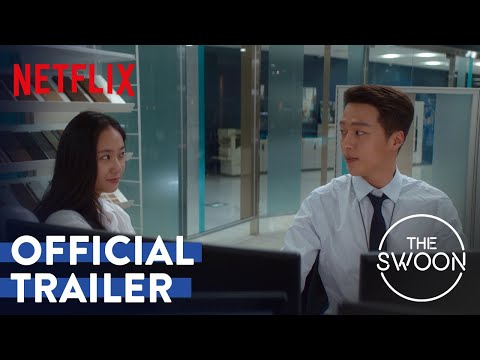 To top off BTS’s 2021 FESTA, they released an ARMY Corner Store video as they looked back on all the memories from the past eight years. For...
Read more
CELEB

Courtesy of Netflix.Like it or not, romance and economics are inseparable.It’s not just that finding a partner can seem like a Sisphyean struggle...
Read more

This website is all about kpop and kpop related